Mark Patton: A Lot of Winning Has Put UC Santa Barbara at Risk of Losing its Baseball Coach

Ben Franklin came up with the notion that death and taxes are the only certainties in life.

But his world did not yet include the University of California at Santa Barbara, the game of baseball … or Andrew Checketts.

The confluence of all three has added this new certainty for the modern world: A major conference baseball power will try to lure the Gauchos’ wildly successful coach from UCSB after every season.

USC, which struck out in that attempt in 2019, is taking another swing at it now that it’s fired Jason Gill as its coach. Trojan beat writer Scott Wolf of the Southern California News Group has put Checketts at the top of the school’s wish list for Gill’s replacement.

Tulane nearly wooed him away from Santa Barbara after the Gauchos’ Cinderella run to the 2016 College World Series. Checketts had landed at the airport in New Orleans, just an hour or two away from signing a deal with the Green Wave, when a text message from UCSB promised more livable wages for both him and his staff.

Checketts resisted other overtures that year from Oregon and Oregon State. Arizona tried to court him after last season. He and his family resisted the temptation to take the money and run. They liked the Central Coast lifestyle, and he still hoped for a greater investment in his program from both town and gown.

But some June gloom is descending upon that once sunny outlook. The grass now looks a lot greener to Checketts at such places as USC’s Rod Dedeaux Field.

An Offer He Can’t Refuse?

The Trojans are rolling out some bigger financial guns this time around, Wolf revealed. Athletic director Mike Bohn, a former baseball and football player at Kansas, is more interested in the national pastime than Lynn Swann, his “cost-conscious” and football-centric predecessor.

“We believe in the promise of USC baseball, and our expectation is to compete for national championships,” Bohn said in a statement released last week. “We are determined to restore the unrivaled winning tradition of our program, and we will make the necessary commitments to ensure we successfully recruit an elite leader for our baseball program.”

Although USC holds the NCAA record of 12 national baseball championships, the last one came a distant 24 years ago. Even more disconcerting to Bohn is that the Trojans have advanced to the playoffs only once in the last 16 years.

Checketts, a former All-America pitcher at Oregon State and assistant coach at Oregon, is about as proven a commodity as any Pac-12 school could hope to desire. He’s guided UCSB to five NCAA Regionals in the last seven full seasons and to a pair of Big West championships in the last three. The previous one came in 1986.

He speaks softly but does carry big sticks … and develops such Major League pitchers as Cy Young Award winner Shane Bieber of the Cleveland Guardians, Dillon Tate of the Baltimore Orioles and Kyle Nelson of the Arizona Diamondbacks.

“We’ve had good players,” Checketts said with a shrug, “and Donegal (Fergus) really does a good job with the hitters.”

But whenever he walks into Caesar Uyesaka Stadium, such understatement is overcome by a cold sense of reality that’s akin to the ice-bucket shower he received with this year’s Big West title. The facility looks like the erector set of a distracted child, still incomplete while having been thrown together in different stages since its construction in 1994.

Let There Be Lights

Andrew Checketts, left, and assistant coach Donegal Fergus were the braintrust of a UCSB baseball team that ran away with this year’s Big West Conference championship with a 27-3 record. (Photo by Jeff Liang)

Checketts had high hopes of transforming it into something better when he coached his first game there in 2012. But it took eight years to complete his first major improvement: the $1.6 million installation of stadium lights.

That endeavor had been put on a faster track in 2015 after the Gauchos, one of the NCAA Tournament’s top-16 seeds, received a bid to play host to a four-team regional: The inadequacies of Uyesaka Stadium forced them to hold it more than 170 miles away at a minor league stadium in Lake Elsinore.

UCSB has declined to submit a regional bid ever since — even in 2019 when it again ranked among the NCAA’s top teams. Uyesaka Stadium still needs to add to its 1,000-seat capacity, expand the broom closet it calls a press box, and replace its outhouses with real bathrooms. Those projects are still clogged in the pipeline like a giant wad of toilet paper.

A small press box, a limited seating capacity of 1,000, and the lack of lights prevented UCSB’s Big West Conference championship baseball team of 2019 from playing host to the NCAA Regionals. Lights were installed the following season, but the other deficiencies still exist at Caesar Uyesaka Stadium. (UCSB Athletics Photo)

TrojanDailyBlog members  —  Always feel free to add information or new topics to the TDB which don’t necessarily pertain to any particular moderator post or member comment.

Happy Fathers Day to Lincoln Riley, Mike Bohn and Rick Caruso—the 3 men who have started the journey for Trojan Football to climb once again to the top of the mountain. Our Fathers Day Gift to the rest of us on TDB will be the upcoming season, which we anticipate like Christmas morning for a 10-year old.

Athlon says USC will not get past Utah. I say it is going to be one heck of a game.

Allen, a question for you and the rest of the TDB gang. Does anyone know if there is regulation preventing Riley from bringing some one like Matt L, or Reggie or any other former players to a recruits house when he makes a recruiting visit?

I think Stanford and the new world of NIL, particularly NIL transfers will not match. Hence, Shaw will stay – I doubt any quality coach will take the job until after the NIL reforms are in place.

Jonathon Smith may have walked on under Mike Riley but it was Dennis Erickson that made it happen for Smith and OSU his last two years.

I’d sure like to see my alma mater USC get back into competing for a National Championship in Baseball. When I was a student at SC in the 70s, SC had players such a Fred Lynn, Steve Kemp, Rich Dauer and Roy Smalley. Dave Kingman came before them and Mark McGuire and Randy Johnson afterwards. I hope Bohn brings in a great coach.

It sure looks like tomorrow is HUGE for USC. There are some serious players coming to visit, especially the linebackers. Can LR get any commits? Friday brings in the big guys, OL, TE, and DL.

Bill Bender from Sporting News needs to leave sports and go into comedy. His ratings are absolutely ridiculous in my opinion. We all know Riley is #4 and some of his picks have never head coached a game yet. 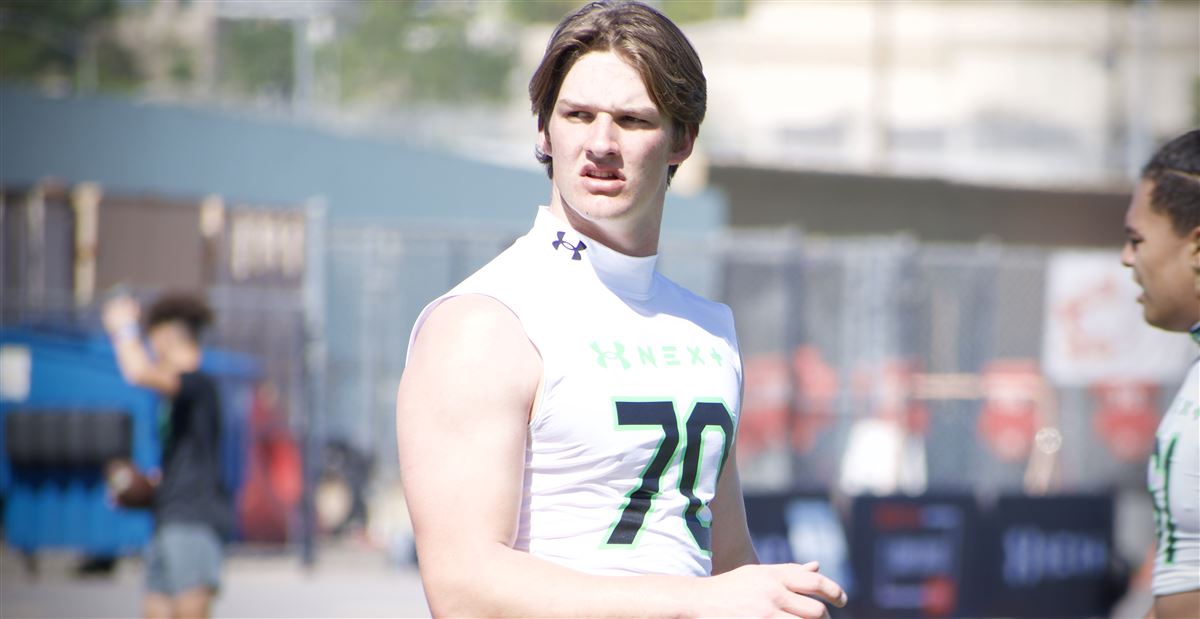 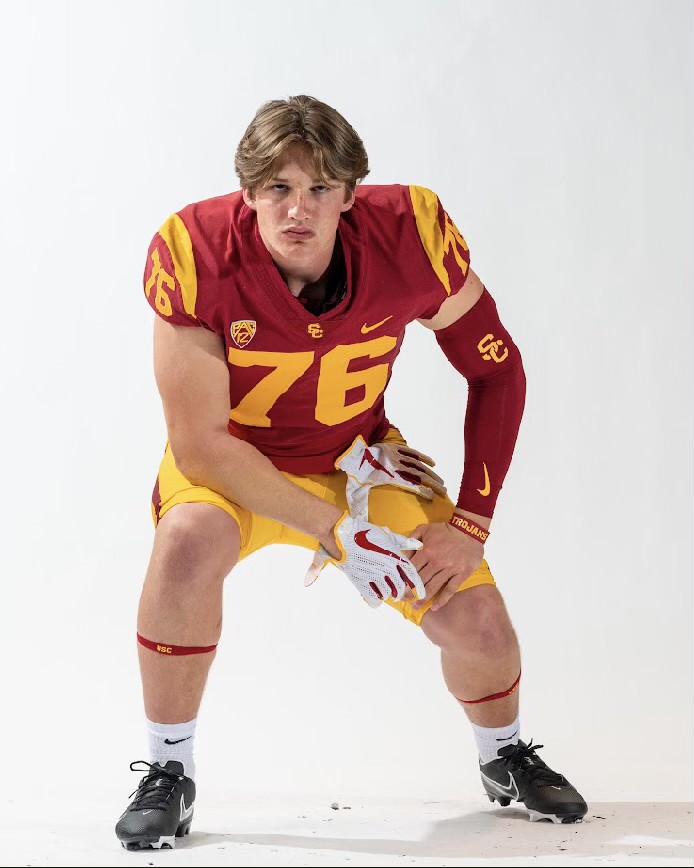 From what I have seen he could end up a four star before the next season is over.

He’s a fantastic pick-up in a need area. Sometimes, star assignments seem too arbitrary. This is one of those times IMO.

I think the CAL coaches would especially agree. The Bears thought they were looking pretty good for Raymond until they suddenly lost him to USC following his trip.